Creating a Culture Where Great People Want to Work 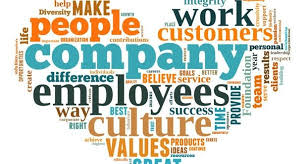 When we think about work culture, some people think of mission statements and vision. Other people think it means touchy-feely stuff. Still others think it’s about rounds of beers. But I believe it’s about the environment you create that sets up a structure for consistent, excellent results, and creating an environment where great people want to work.

Many people in the building and remodeling industry started their businesses as one-man operations, or just a few people. They didn’t start out wanting to manage a team or even learn how to be a great leader.  They just wanted to do good work, make great money, and have control over their own destiny. Then as they grew, they added people, and now find they spend a lot of their time managing, and not as much time doing what they love, and often, not making the money they want.

Truth is, managing people can be hard work. Yet building great teams is so important to the success of your business, it’s critical we talk about how you can do it well by shifting some of your management practices.

In today’s video I talk with Kyle Hunt, host of the Remodelers on the Rise , about how you can transform your company culture and build the kind of business great people want to work for with just a few changes.

When my clients Jane and Peter first came to me, they had not taken a vacation in years. They were exhausted and burned out, and not making the money they wanted. Every single business decision went through them.  Their employee turn-over was high, and they struggled to get consistent results from their team.  When they called me, they were ready to make a change.

We first created an organizational chart and looked at all the positions in their company to see where we could free up some of Jane and Peter’s time by possibly adding positions or expanding the responsibilities of existing positions. We identified several places where people could take on more ownership for things like material ordering and delivery, and layout with the field to name a few. They also added a sales position. From there we wrote position agreements for each position identified on the organizational chart.

At first, it was tough to let go of control – neither Jane nor Peter were used to not managing the details with their staff.  They were reticent to give up control in fear people would not follow through or do the work at the level of their standards.

They had to let go of micromanaging, and learn to manage results, not task.

To help with this, Jane and Peter set up regular meetings with the foreman, superintendent and sales person to review results as outlined in their position agreements. In the process, their team became better and better at what they did. They began seeing that the goal was not to complete just tasks, but to produce results.  Their staff started to feel a greater sense of purpose, contribution and value in what they do.  They have more pride in their work, and they now know how to win the game together with Jane and Peter.

What a culture that attracts great people looks like…

In a time when it’s hard to find staff, they have people calling to see if they have openings! The team has pride in what they do, and they share that with their friends, family and other contractors.  It shows in the quality of their work too!

Jane and Peter were finally both able to take a vacation at the same time. When a problem came up, the superintendent handled it and kept them informed. The company has grown, they’re making more money, and they love what they do again.

I share this example because they completely transformed their work culture around with just a few changes. And it wasn’t by having more staff parties or singing kum-ba-ya together, or just paying their team gobs of money.  It was by setting up a game where people know how to win with them, and where their team has a greater sense of contribution and value.

How YOU can create a culture that attracts great people…

The first strategy to change company culture is to implement position agreements with your team. Even making this one change can completely transform your company culture.

Position agreements make it clear what each person needs to do to succeed.  They are designed with S.M.A.R.T deliverables – they are specific, measurable, have clear accountability, are realistic, and time-driven. They spell out how people can take ownership for results not just tasks.By putting these in place, staff members feel like they know how to win in their job, and how they contribute to the success of the business.  This is HUGE in terms of shifting company culture.

Let’s take the example of a project manager. Here’s the criteria for succeeding on the position agreement:

Each one of those is time-driven, specific, measurable, realistic, and the project manager can be held accountable for a specific result.

The second strategy to change company culture is regular meetings to discuss those deliverables. I think of this as looking up from everyday work to see “the forest through the trees” so to speak. For our project manager example, that means meeting every week to look at the schedules, the two-week look-ahead, and the cost to complete reports.

Both sides need to hold that meeting as a non-negotiable, just like you would if it were meeting with a new prospect. Staff respects making these meetings a priority. Great people want to go to work for a company with discipline.

The final strategy to change company culture is providing feedback. You should be meeting with each member of your team at least once every 6 months or year. Everybody is starved for feedback. If you’re not telling your staff how they’re doing, chances are, they’re not feeling confident about their performance.

To summarize, creating a culture where great people want to work takes setting up a structure that lets people know how to succeed in their job, holds staff accountable for results. You can do that with a few changes:

To help you get started, I’ve created an outline – 6 steps for writing a great position agreement. You can download this free guide to make it easy to write agreements for every position within your company.