Free yourself from overwhelm

by Vicki Suiter | Nov 24, 2015 | Improve Employee Engagement, Get Confident in Your Numbers | 1 comment 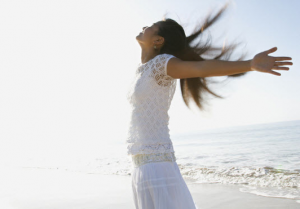 A short while ago a client was telling me about his cash flow anxiety. He was either worrying about whether there would be enough money in the bank to pay the bills, or trying to figure out how to cover expenses when there wasn’t.  When I asked if his office manager was doing a weekly cash flow projection he said “Sort of – she tells me what we have in the bank, what we owe and what is due from customers.”  “That’s not a cash flow projection,” I said. “It’s a recap.”

But that was just part of the problem. The bigger issue was that all that time spent worrying kept him from what he really needed to do – get more business. Getting more business would help the cash flow problem, but first he needed to get some peace of mind that cash flow wasn’t going to unravel without his constant attention.

I suggested he have his bookkeeper prepare a cash flow projection that went out 8 to 12 weeks that would show him definitively how much money was coming in and whether he’d be short, or not. This simply tool would let him know if he was going to be short in advance so he could address the problem proactively, BEFORE it became an urgent matter.

“If you can see it, you can do something about it,” I said.

As we talked, the expression on his face completely changed.  I could see that although this was not the first time we’d had this conversation, something clicked.  His eyes lit up. He was clear. He began to rattle off what he needed to have his office manager do.

That was six weeks ago.  My client now gets cash flow reports every week and no longer spends long hours worrying.  He still has weeks when cash is short, but now he sees it well in advance of it being a breakdown; and has ample time to figure out how to address the problem.

The biggest difference is that his clarity has given him the confidence to proactively take action; and that has freed up his time to focus on business development.

Clarity = confidence.  When we are confident we make better decisions and can take appropriate actions.  Is there a place where you are feeling overwhelmed, anxious, uncertain or confused?  What are you not clear about? What questions can you ask to help you gain more clarity?  What information would allow you to be more confident?

Take time out this Thanksgiving week to give thanks for those who have helped you have clarity and confidence along your path in life!