The Story Your Numbers Tell

by Vicki Suiter | Oct 15, 2020 | Increasing Your Profits, Price for Profit, Get Confident in Your Numbers 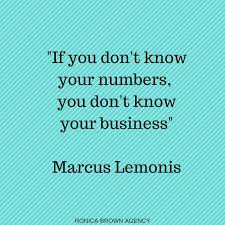 My client, Bob, called saying, “I’m a little freaked out, and I need your help.” He continued, “I’ve been working my butt off to get my revenue up, but my bottom line profit is dropping.”

If you’ve ever experienced your revenue increasing, but your bottom line staying flat, or worst yet declining, then you can probably relate to why Bob was freaking out.

Making a consistent profit can be a common problem for many contractors, but it doesn’t have to be your problem.

When things like this happen, I tell clients to start with the data. Numbers always tell a story. So Bob and I sat down together armed the company’s profit and loss reports.

Sure enough, he was right. Revenue was steadily increasing, but the gross profit margin had been falling little by little from 30% a few years ago, to 27%, to 25% this year.

Contractors live and die by gross profit margin, so this decrease was worth a closer look.

If you’re working super hard, but you’re just not seeing the results you want, keep reading. I’ll explain to you why this happens, and then, what you can do to change it.  We’re going to talk today about what causes gross profit margins to drop, how to avoid “overhead creep”,  and how to price for increased profits.

Bob and I started digging into the numbers, looking at individual projects to help identify what was causing the decline in gross profit margins. He was surprised at what he found.

There were big cost overruns on a few large projects.  Digging further, Bob identified that there had been scope missing in the estimate. He’d known there were cost overruns, but he had not realized the magnitude of their impact on his company until now.

Given the size of these projects in relationship to the company’s total revenue, it became clear they were the primary cause of the company’s gross profit margins declining in the past two years.

Once Bob saw his problem, he realized they needed a better “checks and balance” system in bidding.  As a result, he implemented a review process, now having the field lead start looking at bids before they are finalized.

Now you might be thinking to yourself “I shouldn’t have to babysit my estimator.” And you’re right. You shouldn’t.

So how do you put in place a system to make sure you’re not losing out on profits before the estimate leaves the office? Here is what Bob did:

Bob also started checking job cost actual to estimates weekly so he could catch any overruns early. The Results? His cost overruns started to go down, and his profits started going up.

Once we had tackled the decline in gross profit margin Bob and I started looking at overhead expenses year by year. Like almost every construction company, his largest overhead expense is the cost of labor, and the second largest is facility expenses (rent, utilities, etc.).

What we noticed was that labor had increased by 20%. But the volume of work had only gone up about 5%.  What was causing that?

We looked at the numbers to find the answer.  In Bob’s case, he had taken on more labor a few years ago to accommodate a big job. The volume of work had gone down since then, but he hadn’t reduced the support staff. So, looking at the revenue per employee, they had more office support staff than they needed for the amount of work they were doing. It’s easy to let that happen, especially when everyone seems busy.

The same was true for facility expenses. They had needed more space a couple of years ago, but now they continued to pay for space they didn’t need. We considered their options. Could they renegotiate with the landlord? Could they sub-lease some space? Could they move?

Bob chose to tackle it on all fronts.  The results? His overhead costs went down, and his profits went up.

By themselves, numbers don’t mean anything. Numbers mean something in relationship to something else.  When you can compare numbers year by year, especially as a percentage of revenue, they start to tell you something. The same goes for comparing numbers to your goals.

Here are some key numbers you want to pay attention to:

Planning for more profits starts with looking at your numbers:

In doing these things, just like Bob, you’ll be able to make changes that let you start planning for more profits.

In my next video, we’ll dig into that deeper as we look at the next step of planning for profits, which moves from looking at historical information on to planning for the future.

Until then, I have a free resource for you to help ensure you’re pricing for profit. Get my Overhead Breakeven Percentage Calculator. It will give you the formula for figuring out what your overhead breakeven percentage is. Hint: It’s not the percentage that’s on your profit and loss statement.

Getting clarity when you’re reading financial reports will help ensure you have:

In my book, The Profit Bleed, you can find tools and free downloadable resources that bring clarity to the financial health and profitability of your business – and all you have to pay is shipping and handling.  Make sure to look at the bundle of pre-packaged resources when you check out.

p.s. Don’t forget to grab my free and easy to use Overhead Breakeven Percentage Calculator tool that you can use to figure out what your real overhead breakeven percentage is.