by Vicki Suiter | Jul 30, 2020 | Stop the Profit Bleed, Price for Profit, Get Confident in Your Numbers, Close More Sales | 0 comments 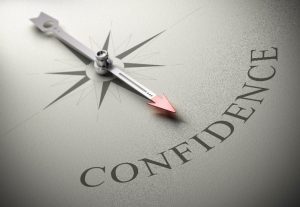 It was a simple question… “How’s your year going?” As I watched his expression change and heard the strain in Bob’s voice as he spoke, the angst was palpable.

“Nearly a whole month of not being able to work on projects, and a slow start back, with unexpected setbacks dictated by circumstances out of my control, has taken its toll,” he said slowly.  His eyes reflected defeat.  As we talked it was evident Bob felt a lack of control in his business.

Almost every business owner I’ve talked with over the past two months can relate to this experience at some level.  END_OF_DOCUMENT_TOKEN_TO_BE_REPLACED

How to Price for Profit in Your Construction Bids

When my client Joe and I met a while back, he shared with me his recent revelation that has caused him to completely re-think how he bids projects.

It all started while reviewing his financial results (prompted by his concern over a declining bank balance).  It didn’t take long for him to see a pattern… his company’s gross profit margin was steadily dropping.  Joe knows that construction companies live and die by gross profit margin, which meant he needed to dig deeper.  As he did, here are a few things he discovered..

1) Pricing in the estimate for materials was not the price they actually paid. There were two reasons for this:

a. The price paid for materials were not what was in the estimate. It’s easy to let this happen, especially if you do long term projects like Joe’s company, where there’s a lag time in between writing an estimate and placing a purchase order.

b. The quantity of materials purchased was over what was in the estimate. When they were self-performing the work (as opposed to using a subcontractor), the final material take off had far less material than they actually needed as shown in the plans.

2) The estimated hourly cost of labor for different positions was too low.  This was only affecting the work that was self-performed. So the work done by subcontractors was profitable, but self-performed jobs were losing money.

In today’s video we’re going to talk about why this type of problem occurs on porjects and in bidding, and what you can do to make sure it never happens to you.

We’ll tackle one of the biggest challenges construction companies face when bidding jobs, and I explain how to always make sure you’re pricing for profit.

END_OF_DOCUMENT_TOKEN_TO_BE_REPLACED

Get your FREE Business Health Assessment to find out where your business is bleeding profits! Get It Now

Get your "Inspiration to Greatness" with Vicki's Quote Action!