Attracting “A-Players” to work for you…

In a survey I did last week, I asked respondents where they would like to be more effective as a manager or leader.  45% said attracting and hiring “A-Players” to their team.

The complaint I hear a lot these days is “it’s tough to find good people to work for us – it’s an employees market.”

That statement has me think back to 2009 when people were saying “it’s tough to find work these days – it’s a buyers’ market.”

While I fully appreciate the reality of supply and demand, this thought occurs to me…

When those conditions exist, what are you and I doing to develop a company where “A-players” want to work, or that the best clients want to hire?

Last year when I was teaching a webinar (titled “How to Get Your Team to take More Ownership), someone I’ve known for many years, Peter, asked if he could share something.

Here is what Peter said…

“If you want to attract the best, be the best.  It doesn’t come from outside, it starts with you. Your processes, your disciplines, and the every day practices as a leader.” Peter went on to say “it was when we implemented better systems and process, and commit to following them, that we became a stronger better company.  It was when we started making ourselves a better company, we attracted a higher caliber of person to work for us.”

After the webinar I reached out to Peter and asked him to tell me more about what prompted his share.  He explained that as he listened to people talk about their struggle in hiring great people, he could so empathize.  Here’s what he told me…

“I’d been in business for eight years, working 60-70 hours a week, always babysit my team to get things done, and not being able to be away from my business without worry.  I was exhausted and beyond frustrated.  I wanted to change all that, and knew I needed change something about how I ran my business.

It was while at a conference and talking with some peers and their staff that I began to realize that it WAS possible to change all that – but I needed to change how I approach my business. From that day forward I committed to finding out how.

I became friends with those business leaders, and we began talking often.  They were incredibly generous in sharing with me what they’d done to grow their businesses, and develop teams of “A-players.”

The two thing they all had in common was this . . .

So that’s what I did.

Slowly week by week, month by month, I built solid systems and process, which allowed us to start systematizing what we did, and as a result become more efficient in production.

My team started to step up in whole new ways.  Where before I used to babysit people all the time, now what I manage is results – and I hold people accountable.

I became fiercely committed to having the discipline to follow through, and have my team do the same.

Now I work less than 40 hours a week, take off 5 weeks a year, and we’re being sought after by great people to work for us.

And the other great thing is this – I’m loving what I do now more than ever before!”

I loved hearing about Peter’s success.  One of the things his story clearly demonstrates was his discipline in building a better company was the very thing that allowed him to build a team of “A-Players” who have that same discipline and rigor.

Be what you seek. 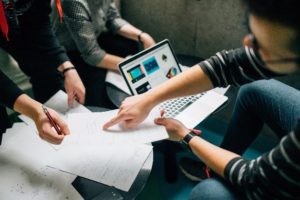 As we chatted, Peter shared one practice he has, that he says has transformed his company culture and positively impacted his ability to build a business where great people want to work.

The most successful companies I work with do this one thing too.

It’s a practice. And one that if you do it consistently will instill discipline in your company that can completely transform your identity and reputation.  It’s a discipline that builds trust, confidence AND uniqueness.  We can all agree, it’s not a discipline everyone has. 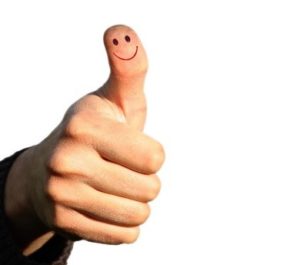 Stand out from the crowd

I guarantee that if you strive to do this ONE thing, it can completely transform your business and your life.  As you build an identity of someone who can be trusted, more people will want to work with you.

Here are a few tips on how to implement this…

I’d love to hear what is one of your practices, systems or discipline you have that has helped you build a better company – so leave a comment below.  Or, reach out to me on LinkedIn or Facebook and tell me.

Here’s to your continued success.

p.s. in the comments below, share one of your best practices, systems or disciplines that have helped you become a great company!